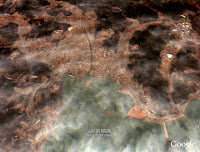 
This page is being updated continuously to provide the latest information about this crisis, resources for those affected, and ways to contribute to relief efforts in Japan."
Posted by Azereki at 12:06 AM
Tags: Crisis, Earthquake, Google, Japan, Tsunami